How to Turn Exercise into a Habit 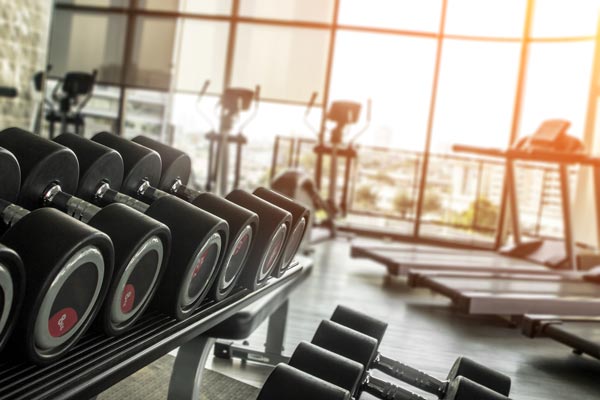 Exercising more often is a common goal. You want to be stronger, faster, and healthier. You start a new membership and create calendar events that read ‘Gym”. As days past, your motivation dwindles. The scheduled gym sessions turn into Netflix binges instead. How did this happen? Before you beat yourself up, read this post. We’ll first dig into how habits are formed, and then we’ll explain how you can use that information to stick to your gym resolution.

How Habits are Formed

So, how did you end up on the couch when you goal was to go to the gym more often? You must understand that starting a new habit is one of the most challenging things you will ever do. A habit forms when there is a cue, a routine, then a reward. If exercising has not been a part of your daily routine, your brain must work outside of that process. This requires your brain to work extra hard to get up and get going. While you might feel guilty, this means that that you are not weak for your dwindling motivation, you are human.

If you want to adopt healthier habits, you must understand the way habits are formed. We noted that habits are formed when there is a cue (i.e. an argument), a routine (i.e. a few glasses of wine), and a reward (i.e. stress relief). The cue (the argument) was not avoidable, and your routine glass of wine makes sense because you want stress relief. You are human.

The immediate stress relief is the reward, and the alcohol becomes the habit to achieve that reward. The good news is you can swap out your routine without changing the cue, or the reward. This is how new habits are formed: keep the same cue and the same reward, change out the routine.

How to Form New Habits by Using Old Rewards.

Many people will create new rewards in an effort to form the habit of going to the gym more often. This goes against the science behind habit formation, hence the reason why these habits don’t stick. Some examples of rewards may be to look great for summertime, to fit into clothes they want to wear, or to finally feel good enough. Now, there is absolutely nothing wrong with wanting these thingsbut, those aspirations are side effects of exercise.

The science behind habit formation would ask you to evaluate your current habits. Let’s say you change your reward from “looking hot for summer” to a reward you already give yourself daily, such as a Starbucks drink. You may think that you’re just regaining the calories you lost from the exercise by drinking the Starbucks drink. But, think of it this way, you already have an established habit of drinking a Starbucks drink – the reward system is already there! Let’s see how you can use that old reward system to establish the habit of exercise.

Cue: You wake up and feel a little stressed >>> Routine: You drive straight to work >>> Reward: You stop to get Starbucks

Cue: You wake up and feel a little stressed >>> Routine: You exercise before work >>> Reward: You stop to get Starbucks

The new routine works with your stress and reward system. It does not require you to suppress your stress, or to stop enjoying your daily treat. Instead, your brain will learn that once the cue of waking up is triggered, the routine is to exercise. This is just an example of how you can implement new routines for the same old reward. By using the old reward, you can feel good about the work you put in. Investigate what your cues, routines, and rewards are. Take time to explore different routines or to note different cues.