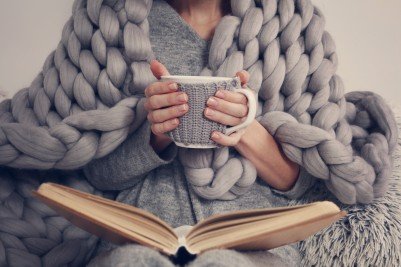 Scrolling Instagram one day I saw the cover of this book, red background with hands breaking the shackles that were holding them. The next thing I know I am at my local library looking for a copy. I spent the next day and night reading this entire book, I couldn’t put it down I had to know what happened. He takes multiple stories of slavery from the past and from the present and tells them together, along with his personal path that he has been on to fight for those that have been captured.

The authors name is Timothy Ballard, he was CIA agent and worked in the Department of Homeland Security. It was here that he was able to get some of the training needed to start Operation Underground Railroad. While working for the CIA he was part of the ground breaking group that began going undercover to save children that had been sold in slavery. He was able to perfect the skills and tactics that he would need in the future to help so many children from all over the world. The Operation Underground Railroad organization works to free children everywhere in the world that have been taken and are being trafficked. And at the time of the writing of his book they have done many missions and saved hundreds of children and arrested many of their captors. He could not write about all of them, but the ones he did share are amazing and worth reading.

Along the way he had so many amazing people step up and want to be apart and help this great organization. One of the more well-known people wrote his story of finding Timothy in the beginning of this book, NFL Head Coach Mike Tomlin. In one mission that he tells about in the book, he asked for help from U.S. Representative Love. She is a Hattian-American and was able to help in one of his many missions. Not all those that have assisted are famous, many cannot be mentioned to keep them safe. One example was the father of a boy that had been taken, that they have yet to find. He worked nonstop, doing everything in his power, to assist in taking down the illegal trafficking organizations in Haiti.

Slavery Then and Now

History plays a huge part in this book and reminds us that we should always remember the past and learn for it. He tells the amazing story of Harriet Jacobs, along with others, and how they survived slavery in the 1800’s and paved the way for others to follow. Along with these he tells the stories of the children in Haiti that have been taken and made to be slaves. Telling these stories together we can see the lessons from the original Underground Railroad and see how Timothy Ballard was able to learn from them and then take those things he learned to help free those in slavery today.

Grab this book for your next book club, or personal read, you won’t regret the time spent reading this book. There is so much to learn about this world around us, and the history of all the people that live in it.