Easy Elf on the Shelf ideas 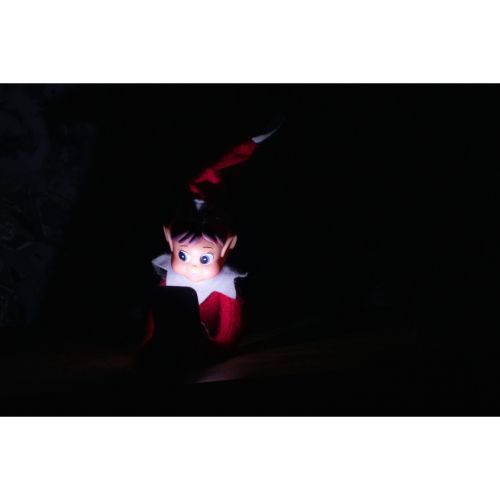 During the Christmas season, Elf on the shelf is a very popular tradition in homes with little ones. The idea behind it is Santa sends one of his helpers to keep an eye on your children to make sure they are being good, then they report back to Santa their observations. The kids are instructed not to touch the Elf or the magic will disappear. The holiday season can get hectic and overwhelming, and sometimes you just need a break from moving this Elf around so you can get other things checked off the to-do list. Here are some easy Elf on the shelf ideas that don’t require a ton of work to pull off and that could give you a much needed holiday break.

Let the kids take the Elf to school

At first, this idea may seem like its breaking the rules of not touching the Elf; but here’s how to play it out. Put the elf in some kind of container like a Tupperware or shaker bottle, and leave a note from the Elf saying that it’s okay to take them around with them because they aren’t touching them, but the container they are in. This works great if you have multiple kids, because they can take turns having the Elf for the day. This way you are covered for a few days. Be sure to tell the kids to leave them in their backpacks as to not disturb the class. They will love to tell their friends at recess their little secret of taking their Elf out of the house and along with them!

Play hide and seek with the Elf

Everyone loves a good game of hide and seek. The Elves are known to be naughty sometimes, so it fits their personality if they decided to play a game of hide and seek. If you are not feeling up to making some elaborate Elf display, hide them somewhere the kids will never find them. Under your bed, in a shoebox in the closet, behind something on the top shelf of the bookshelf. The next morning, or whenever you decided to bring them out of hiding, when the Elf is back in action the kids will think they are the hide and seek master.

Send the Elf on vacation

Sometimes things get crazy busy, or maybe you caught a cold and aren’t feeling well. If you are needing a little longer break than just a few days, send the Elf on vacation! Leave a note from them saying they went to the beach to see the ocean, after all, they live in the North Pole so they haven’t gotten much sun. This can buy you a few day and up to a few weeks, which is great if you started your Elf really early on in the holiday season. When they return you can have them bring back little souvenirs for the kids and write a little story about their trip.

Being a parent during the holidays is a lot of work. You are literally making the magic happen. Don’t feel guilty if you need a break or some time for yourself. Remember that you are doing your best and that your family loves you.